← back to
Sub Pop
Get fresh music recommendations delivered to your inbox every Friday.
We've updated our Terms of Use. You can review the changes here. 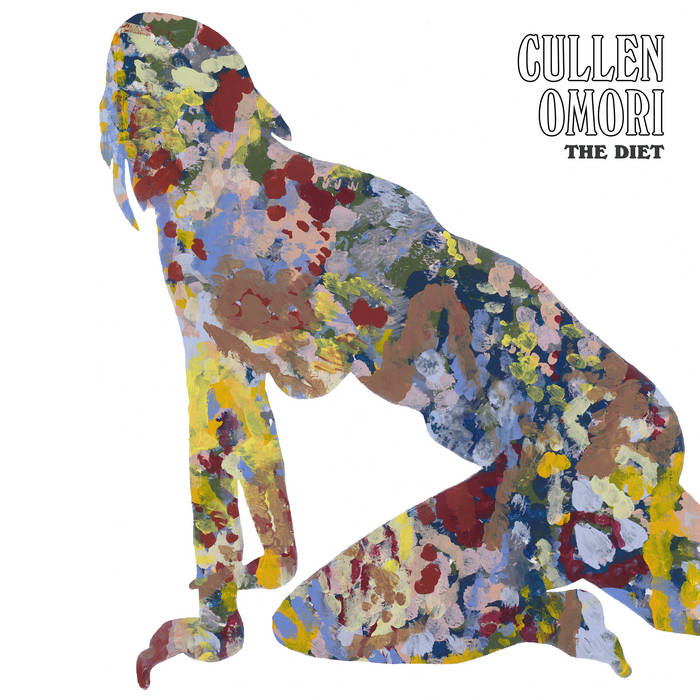 Cullen Omori's path to his second album The Diet wasn't an easy one. After the release of his first album, New Misery, he had to deal with busted vans, crashed cars, mangled relationships, and other trials that can leave one feeling like the world is playing a cosmic joke. From the guitar that drops out of the sky on the opening track "Four Years" all the way through the fade-out of kaleidoscopic closer "A Real You," The Diet is a powerful modern indie-rock album that is buoyed by warped, analog pedals/transistors and tailor-made guitar tones. Omori's winsome vocals crisscross 70’s art rock and classic songwriting all within the span of 40 minutes.

"No one died, I didn’t get a severe physical injury, but emotionally it was a lot to take on," recalls Omori. "I named the album The Diet because to go on a diet, you cut back on certain things and regulate your intake of others. The idea that you can do that means you must have a surplus of whatever you’re trying to limit. I was so emotionally and spiritually drained, and my only surplus was a bunch of negative feelings and a lot of self-loathing. I tried to limit and confront those feelings in ways that I felt were productive. A big part of that was suppressing the obstructive, unnecessary minutiae that comes with being, or rather trying to be, a ‘professional musician,’ and beginning to write music with no pretense again."

So Omori crafted The Diet as a series of what can loosely be defined as love songs that metaphorically channel the frustrations and ruptures of his turbulent 2016-2017, into unforgettable compositions with abstract, yet sharply rendered lyrics; as he puts it, "if I was straightforward, the songs would be this very faux-cerebral, pseudo-poetic misrepresentation of myself." Omori's version of the love song medium goes far beyond the la-la-love-you template. "Only a few deal with loving or falling out of love with an actual, physical person," says Omori. "Then there are, like, love songs to my antidepressants or whatever I thought my life would be like at 27."

After relocating from Chicago to Los Angeles in 2016, Omori reexamined his whole artistic process in the run-up to recording The Diet. "On this record," says Omori, "I was like, 'I want a break with the convention that I had steadily been building since releasing music as a teenager.’ Whereas on New Misery I was locked in a room with a producer for a month tinkering away, this time around I wanted the sessions to be a revolving door of musicians: different people, different aesthetics. I wanted to open up, even though all these terrible things have happened to me. I pushed against my inner nature by actively pursuing collaborators. The outcome, funnily enough, is that the songs turned out to be arguably some of the most accessible I’ve ever written."

The Diet was recorded with Taylor Locke, who approached Omori after Cullen had played a short acoustic set at Los Angeles' The Echo—a meeting that made a frustrating night fruitful. "I’m in the patio area, sulking, thinking I just embarrassed myself with a new set of songs that didn’t translate to anyone in the room, and this guy comes up to me and introduces himself," Omori recalls. "He’s like, 'I thought the show was great. Would you want to try recording these?' Something in his demeanor felt confident —I trusted that he got it." Locke's talents wound up being well-suited to the intricacies of the songs that would become The Diet. "He can sing, he is a multi-instrumentalist. On top of that, he is also a producer. Working with him really lent itself to my process of songwriting," says Omori.

Omori began working on the album at Velveteen Laboratory, Locke's studio in Los Feliz, in early 2017. "I wanted to experiment with the structures—having them not be verse-chorus-verse-chorus, having the dynamics not be loud-quiet-loud-quiet," says Omori. "I like the production because it’s hi-fi and clean, but at the same time we were doing this on our own in Locke’s backyard studio and not in some studio overburdened with the nostalgia of massively successful albums from yesteryear. It was on decent, smart gear, but the DIY aspect comes across in the little imperfections and in the voracious and frantic pace at which we recorded the songs. I think maybe a week after we got the okay from Sub Pop we were working away." The Diet is lovingly constructed yet not fussy, with Omori's wail soaring over the latticework guitar of the omnipresent "Master Eyes" and following the vintage humbucker riffing on "Natural Woman." "I don’t think the record would’ve sounded nearly as good if I didn’t have Taylor record it, and if I didn’t have access to the excellent musicians who played on it," says Omori.

"Happiness Reigns," a charming slice of powerpop with lyrics that combine fatalistic imagery ("flowers of uranium/ and the kids just play along") and a wide-eyed apologia to a woman, is perhaps the closest Cullen gets to the classic love-song ideal on The Diet. "Reigns" was not only inspired by Omori's current girlfriend—she was intricately involved in his vision for bringing the love song a la Beatles or Rolling Stones "into the 21st century." "Seldom are songs actually about girls in my life, but I when I choose to write them I try to act in conspiracy with my ‘muse,’” he says. "On 'Happiness Reigns,' I was consciously trying to prevent the song from lyrically falling into this one-way ode to an idolized muse. Of course some of my favorite artists like T-Rex or John Cale have albums chock full of them but my intention was never to be a rock classicist or to make something that was an extension of my influences. So I had her write it with me. If I was going to write this about someone, even in vague terms, I thought it would be interesting to intertwine their perception of themselves and of our relationship."

The Diet represents a new chapter for the former Smith Westerns member, one in which he stretches out his songwriting chops and uses his life experience to craft loose-limbed, hook-filled songs that combine pop appeal with finely sutured lyrics. “Not so much a reinvention, but a different approach to a problem I struggled with on New Misery: how to synthesize all my influences into something that is representative of what I want to hear as a musician, and what I want to say as a songwriter. I spent my early 20’s saddled with the ill-conceived, romantic notion that the best songs are written through suffering. And finally, whether intentionally or subconsciously, when I came across the truly painful events of the past couple years they reinforced my personality as a songwriter. I think this couldn’t be truer than when, thanks to my quest for ‘true experiences,’ I was sitting in a hospital detox center facing out on Lake Michigan in Chicago and literally just a few miles south, Lollapalooza, an event I’ve played twice and had many peers at, was happening without me. The process of trying out a completely different persona and approach in New Misery, and then facing my negative experiences and the shortcomings of that persona, to clarify where I wanted my music to go. While making The Diet, my songs were constantly presenting themselves to me, and when I got a chance to listen back and read my song journals I saw what a truly beneficial and cathartic event had taken place.” The Diet’s collection of 12 songs has Omori well on his way.

Bandcamp Daily  your guide to the world of Bandcamp

Frayle's Gwyn Strang and Sean Bilovecky join the show to talk about their cathartic new album.